The motto suggests a balanced way of approaching life. We need to be able to look on the world and its entire people with compassionate hearts. But that is not enough. We also need to bring strong minds that help us to analyse and understand issues, thereby leading us to informed and sensitive action. At Lavalla Catholic College we try to stretch the minds of the students, sharpen their skills and create an environment that leads them to be better and more compassionate people who can make a difference to the world and the lives of many people.

The Logo gathers together a number of elements associated with the development of Lavalla Catholic College. Together they form a unity and a balance.

The centrepiece of the logo is the cross which is the basic Christian Symbol and which clearly stamps the College’s gospel origins. The three separate parts of the left hand of the cross characterize the three campuses of the College as well as capturing the building bricks which go into making a building and forming a community so closely associated with Lavalla. The formation of community is symbolized by the sweeping movement above the horizontal arm of the cross, gathering and welcoming all into the centre. There are valley forms incorporated into the design, as well as the book, which symbolize the academic pursuits of the College. The book also suggests the shape of the “Rabat” which was a part of the collar, worn by professionals and teachers during the time of Marcellin Champagnat and reminds us that it was through his efforts at Lavalla that Marist Education began. 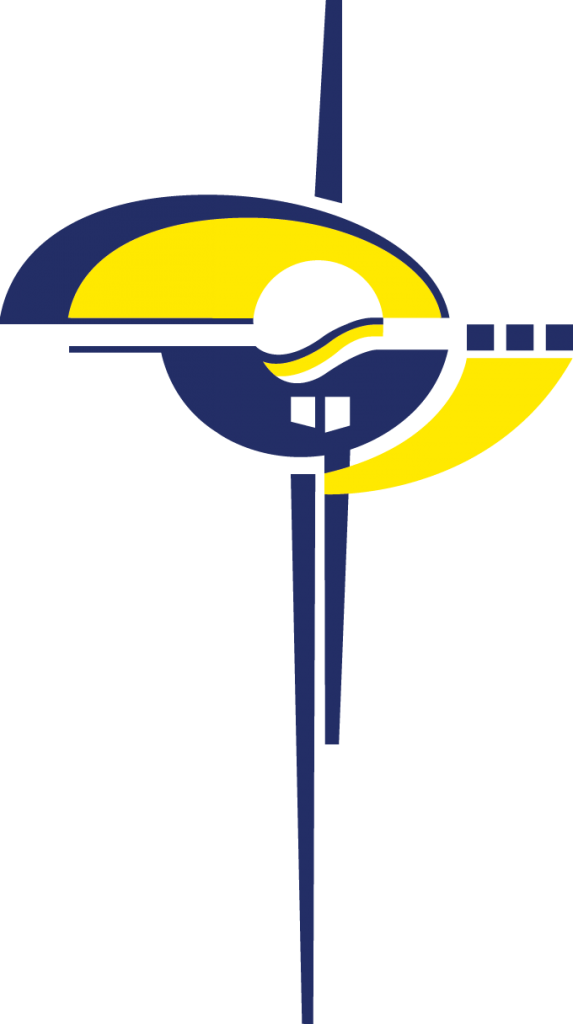