Catholic Secondary Education in the Latrobe Valley goes back to 1951 when the Presentation Sisters established their convent in Moe and began teaching there. In 1956 the Marist Fathers founded St. Paul’s College for boys on its present site in Grey Street. The Marist Brothers assumed responsibility for the administration of St. Paul’s College in 1962. The same year the Brigidine Sisters established Kildare College on the Kosciuszko Street site. Catholic Secondary Education went through many changes over the period and Lavalla Catholic College is a part of a long development, which included changes to St Paul’s College, Kildare College, Lourdes College, Presentation Regional College and Catholic Regional College Traralgon. Catholic Education has shown remarkable adaptability and resilience in responding and adapting to the changing social, financial and educational factors in the Latrobe Valley. Lavalla Catholic College co-operates with its feeder Catholic Primary Schools and there is an active liaison that prepares the path of those students entering secondary classes. 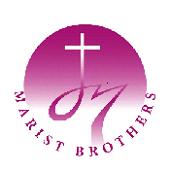 Saint Marcellin Champagnat founded the Marist Brothers in post-revolutionary France in 1817. Dismayed by ignorance he found among rural children, he established a network of village schools. These schools were so successful in creating a strong family spirit along with genuine achievement that the group of Brothers increased remarkably. They spread beyond France and today they work at bringing the charism of Marcellin Champagnat to the service of today’s Catholic Schools. There are some 5000 Brothers throughout the world. They have a long and varied association with schooling in most countries of the World. In Australia there are some 350 Brothers and 52 schools in which the Brothers are involved.

Bishop Daniel Delany founded the Brigidine Congregation of Sisters in Ireland in 1807. The Penal Laws of the 18th century had wrought havoc on Ireland, leaving its people bereft of their culture, deprived of education, and reduced to an underground practice of their faith. The Congregation takes its name from the famous Saint of Ireland, St Brigid. In founding the Congregation, Bishop Delany placed the Sisters and their work with people within the spirit and tradition of St Brigid, inspiring the Sisters to be women of faith and hope, strong yet gentle in their love and in close union with Jesus Christ. The Brigidine Sisters came to Australia in 1883 and there are a number of schools across the Country, which share the Brigidine tradition. The Kildare Campus is named after the famous town in Ireland where Brigid began her work. Kildare (cill dara in Gaelic) means “Church of the Oak”, and that is why the oak tree planted by the Sisters at Kildare Campus has particular significance.

Nano Nagle, Foundress of the Presentation Sisters, and pioneer of Catholic Education in Ireland, was born at Ballygriffin, County Cork in the year 1718. Upon completing her education in France, Nano resided in Paris and enjoyed a leisurely social life within a privileged set of Irish émigrés. Upon her return to Ireland, the oppression and enforced ignorance of poor Catholics in Cork appalled Nano. In spite of her desire to be of help, the task seemed impossible. Nano started what was to be her life’s work. In 1752, she risked imprisonment and even death by opening her first school in a mud cabin in Cove Lane in Cork City. Within twenty years she had seven such schools in Cork City. On Christmas Eve in 1775, Nano founded what was to become the Congregation of the Sisters of the Presentation by inviting three young women to join her in her apostolate to the poor. Her decision was timely, for Nano Nagle, worn out by her labours for the Irish people, died on April 26, 1784. The Sisters came to Australia in 1873 and began a long educational tradition in which they committed themselves to an education that nurtures and encourages the dignity, uniqueness and goodness of each person that strengthens the Christian community.